An updated version of entry of White Plains, New York: A City of Contrasts from “Business District” chapter:

Most of the buildings in White Plains’ Business District (BD) were built in the 20th century. Some of the structures were repurposed or rebuilt though there many structures that are original to their location. Some buildings are on the National  Registry of Historic Places. In recent years, White Plains (WP)  formed a Historic Preservation Committee to designate local landmarks. These structures can be found on the City’s website (cityofwhiteplains.com).

Mamaroneck Ave, one of the City’s older roads runs all the way to the Village of Mamaroneck (established in 1661). The roadway changed over time running on what is now Old Mamaroneck Rd and where West St once intersected the roadway. Many of the buildings on Mamaroneck Ave remained during city’s largest urban renewal project of 1966 to 1980 giving one an idea of what the rest of the BD was like prior to that.

The City Center opened in 2003 on the block where the first Macy’s Store was located in 1948. It’s architectural design blends with the 2 former banks that are at the corners of Martine and Main St.

The former Home Savings Bank established in 1893 is at the Main St corner (dating from 1925). The building was repurposed for a restaurant. The original vault is used for seating. 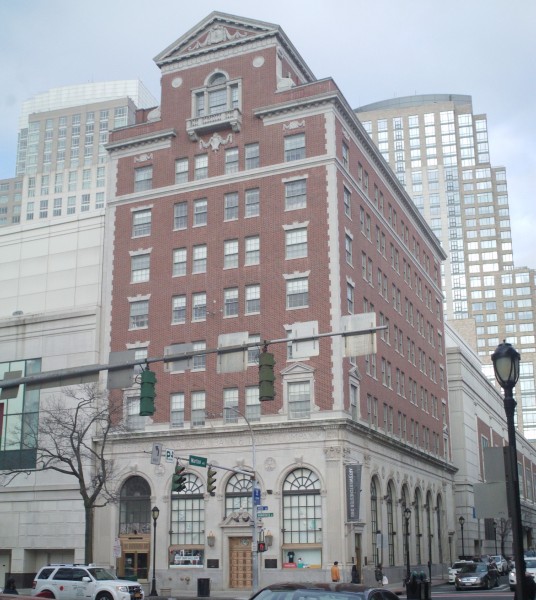 The Peoples National Bank & Trust Company building  (below left) at the Martine Ave corner dates from 1929. The bank established in 1924 is now ArtsWestchester. The building was donated by JP Morgan and has many of its original fixtures. The bank’s vault is part of the exhibit gallery on the ground floor. 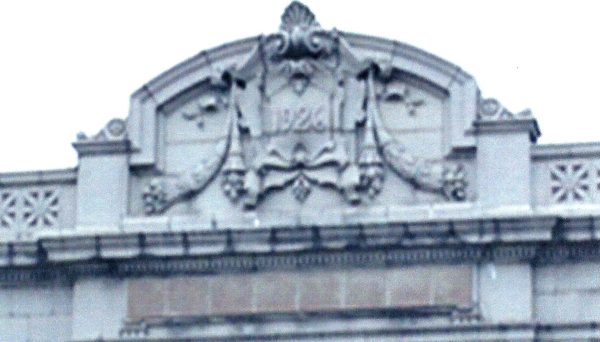 The Colony Theater building at 100 Mamaroneck Ave still has its 1926 crown (left). The building has been  used by various businesses.

The home of Ernest Erbeck at 213 Mamaroneck Ave dates from the early 1900’s and presently houses the Westchester County Republican Committee, which was established in 1948.

Main St. formerly named Railroad Ave appears on maps as early as 1911. On an older map Main St does appear but in the S Broadway & Armory Pl area.

The Bar Building completed in 1928 is at 199-201 Main St and though threatened with demolition it was saved from new development and in 2007 was placed on the National Register of Historic Places. More info about the building is available in another blog entry on this website.

The Northcourt building at 175 Main St was completed in 1930. 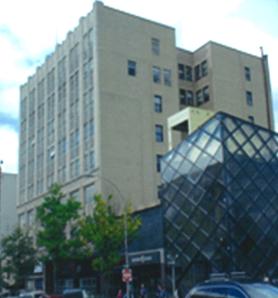 Grace Episcopal Church Congregation built a new structure in 1865 on Main St. The congregation goes back to Colonial times. The church is the oldest building on the street. Church Street gets its name from the church. Grace Church (left) moved to its present location from an older structure located near S Broadway. The church’s cemetery was moved to WP’s Rural Cemetery at a later date to make room for the former White Plains Hotel. The church had an annex at 1305 Mamaroneck Ave for a time (circa 1910). There is a community center behind the church.

Lawyer Building, the former Westchester Title and Trust Company, is at the opposite corner of Church St and Main St (left). It once housed the Reporter Dispatch Newspaper and dates from 1926. Additions were added to the older structure. 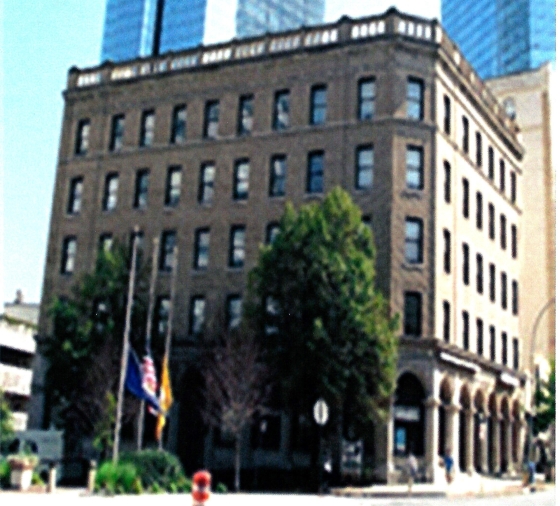 Nearby on Martine Ave is the Masonic Building dating from 1908. 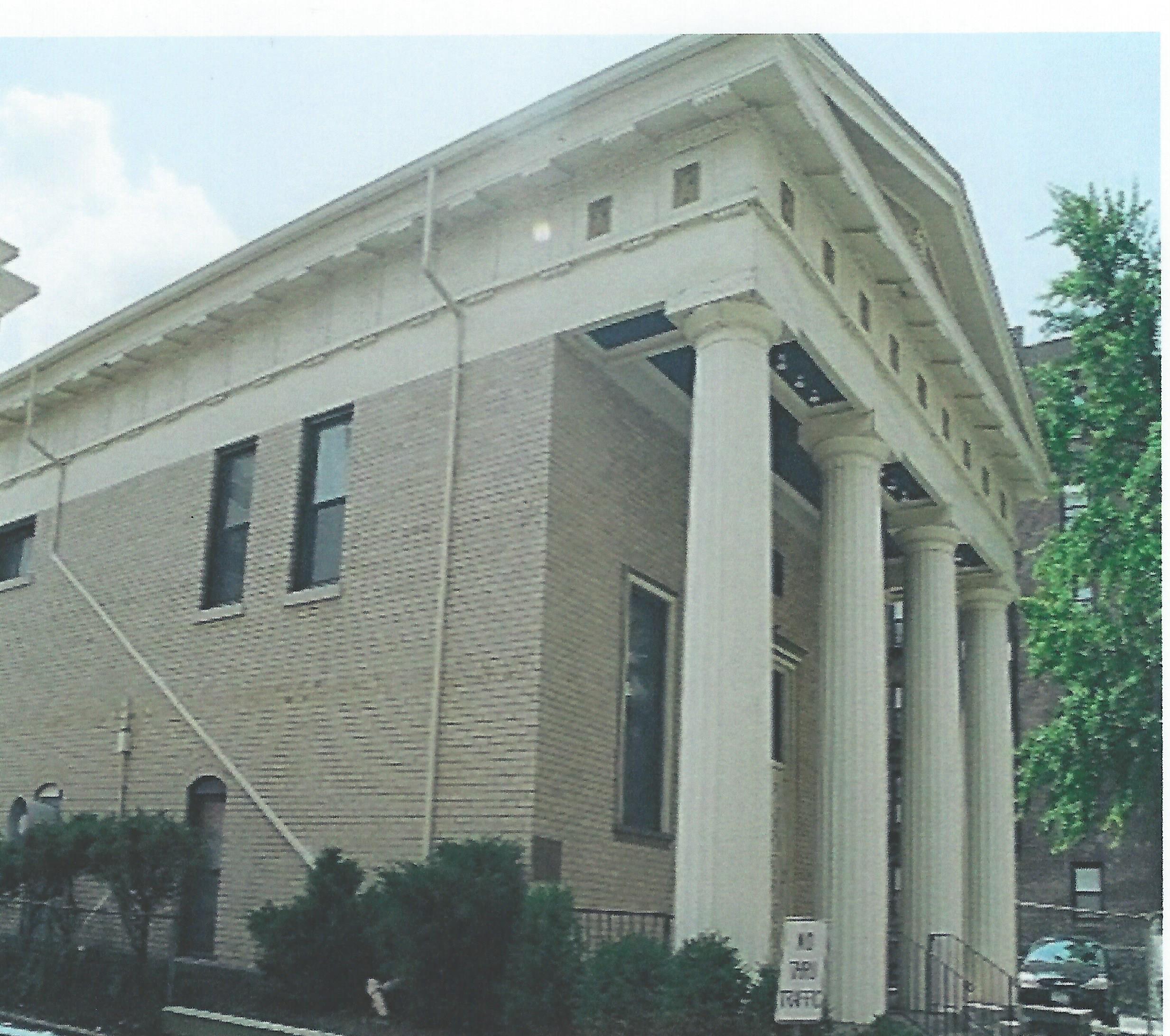 Tod Building (circa 1914) found at corner of Martine & Mamaroneck Aves that extends to Court St was built by John Miles. Miles constructed two twin structures that he named after his children. The other structure was named for the builder’s daughter Marion and once contained Tod’s Market, an experimental canning kitchen (1917-8) and the Rotary Club (in 1919). It was located where the Michaelian Building is today on Martine. WP’s Miles Ave was named after builder who died in 1918 (by suicide).

Building at 257-9 Mamaroneck Ave is used as retail and offices and dates from 1924. Not sure if it was a single family home at that time or was

See other entries under WP History for more information about remnants in BD.