Benches I  paid over $4000 were purchased by  City of White Plains to replace the old no longer maintained Anderson Parklet (1971).

I rededicated the memorial to honor my father who died on September 11, 2013. He was 93 and lived most of his life in Yonkers, NY. I posted an entry on my blog you can read.

Still waiting for plantings. City tossed plantings that had been there.  The workers put the Amy Anderson plaque in a tree root. It is covered with dirt. Often garbage can goes on it.  I put some small rocks/stones along with grass/flax seeds in dirt but only a little grass has grown by tree. Many cigarette butts around this area. 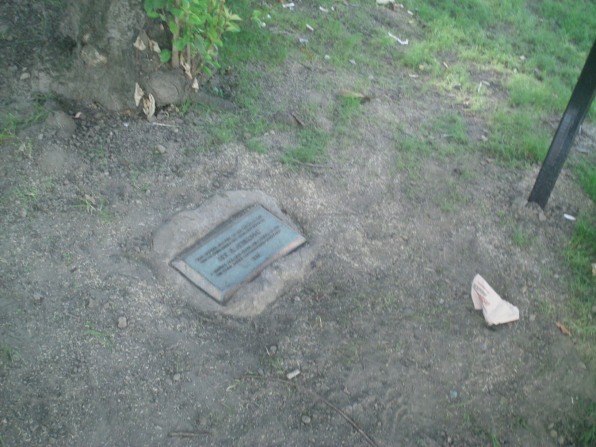 In 2018, City took plaque out of root and reinstalled in front of tree as I had envisioned from the start. 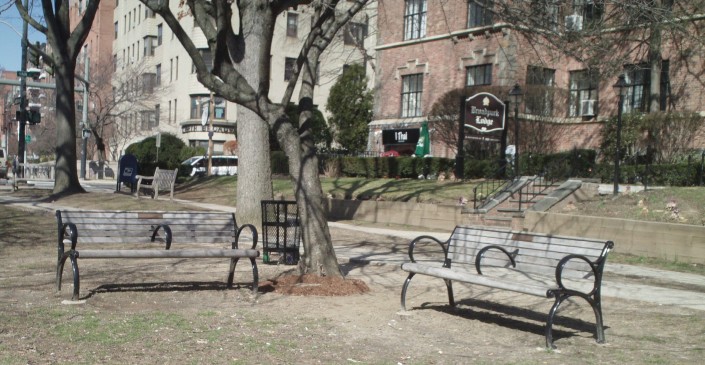